Expect fantastical designs underpinned by expert craftsmanship in the range of Christian Louboutin mules. Our collection includes open- and closed-toe iterations that spotlight the creative artistry the Parisian designer is renowned for. Think attention-commanding shapes, alluring details and lively colourways that exhibit a playful bent. What's more, every pair is made at the label's atelier from inviting materials such as glossy leather and lustrous satin.

Since founding his namesake label in 1991, Christian Louboutin has put his inimitable spin on women's shoes – namely via the iconic red sole on heels and flats. The brand hallmark came about after a spontaneous move on the designer's part. Back in 1993, he was looking to add some je ne sais quoi to a pair, so he grabbed his assistant's nail polish and slicked it on the soles. Henceforth, the scarlet lacquer has defined all of his footwear.

The women's Louboutin heeled mules in our selection display other emblematic characteristics, too – for instance, towering silhouettes. The designer is credited with reviving the popularity of high heels in the 1990s and 2000s and his renditions remain firm favourites with style aficionados today. You'll also find lots of scene-stealing embellishments, including clusters of gleaming spikes and scintillating crystals on strappy styles. 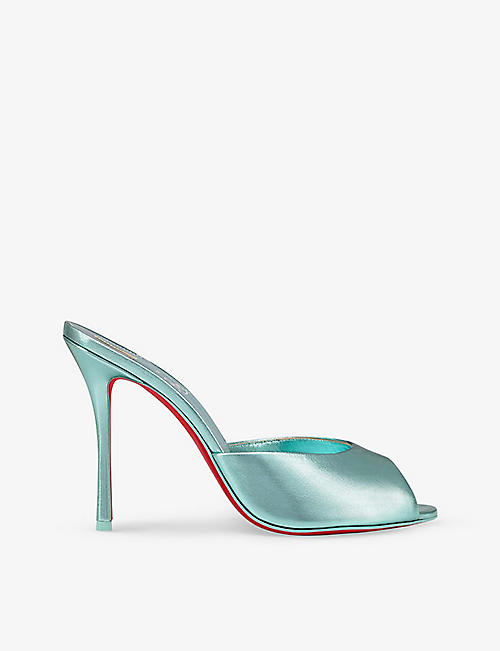 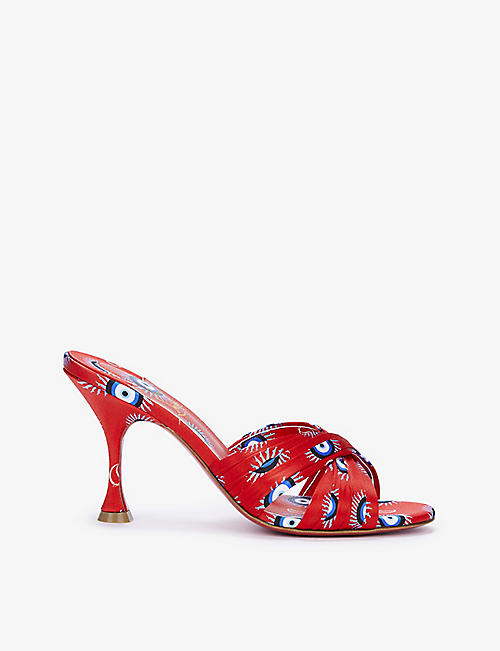